You are here: Home / Candy Crush How To Create Color Bombs

To make a color bomb, you must get 5 candies of the same color in a row either vertical or horizontal. This can be quite hard to do on some levels with boards that are smaller but you may not need it on those levels. Making a color bomb is a hard thing to learn but there are a few tips you can use that will better help you become a color bomb creating guru.

The first thing to do to create a color bomb is to either look for a set of candies in a vertical or horizontal row with a empty (different color) candy in the middle. Once you get this set up, its quite easy to make a color bomb. 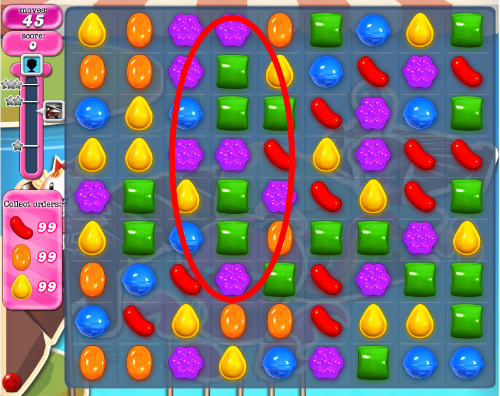 So here is an example of the two green candies with a purple in the middle. So in this sitatuion all you need is a green candy to line up in the middle of the two green sets. If you have a vertical set up like this one, just move the candies to the left or right of the column. Just keep moving them down until a green one lines up. But be careful not no crush the middle (purple in this example) candy or you will end up with just a stripped candy. 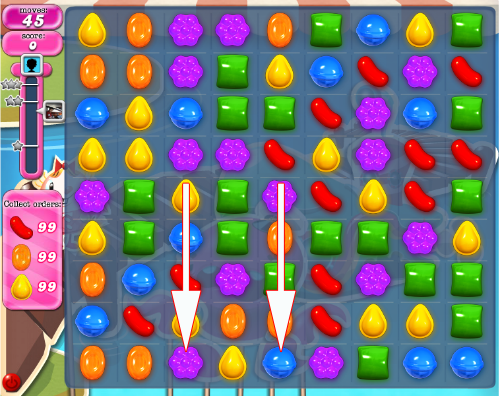 Once a green candy lines up in the middle of the two sets of green candies, then you can move it over and create the color bomb.

The same goes for a horizontal 2 pair set up. 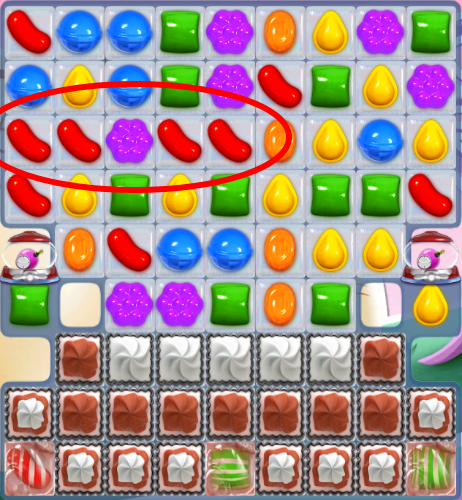 When you see two sets of candies in a vertical position you can also use this to easily create a color bomb in candy crush. You can either crush candies in the middle of the two sets vertically moveing down the column in the middle of the two candies until you come upon a candy that will work to make your color bomb. You can also move candies around above the horizontal set up until you get one in the right position. Be careful not to crush any candies below the horizontal set up or the candies will fall and not be lined up anymore.